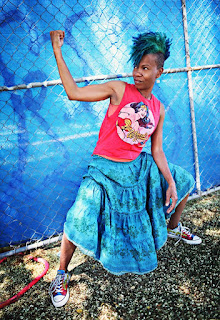 Anastacia-Renee is the current Civic Poet of Seattle, recipient of the 2017 Artist of the Year Award, and former 2015-2017 Poet-in-Residence at Hugo House. She is the author of five books: Forget It (Black Radish Books), (v.), (Gramma Press) 26, (Dancing Girl Press), Kiss Me Doll Face (Gramma Press) and Answer(Me) (Winged City Chapbooks, Argus Press) and has received writing fellowships from Cave Canem, Hedgebrook, VONA, Artist Trust and Jack Straw, as well as a writing residency from Ragdale. Her theatrical mixed-media project, 9 Ounces: A One Woman Show, is a multivalent play unapologetically downward dogging its way through class, race, culture, oppression, depression, survival and epiphany. Her cross-genre writing has appeared in the anthologies: Women of Resistance: Poems for a New Feminism, Sinister Wisdom: Black Lesbians—We Are the Revolution, Revise the Psalm: Work Celebrating the Writing of Gwendolyn Brooks and literary magazines in and print and online: Split this Rock, Painted Bride Quarterly, Crab Creek Review, Seattle Review, Bone Bouquet, Duende, Synaethesia, Banqueted, Torch and many more. She teaches poetry and creative writing at Hugo House and Seattle University and lives as a superhero in Seattle with her wife and dog. 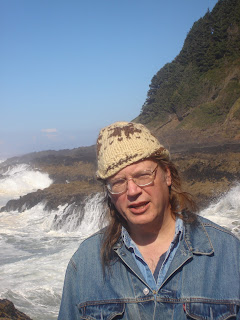 For over three decades, dan raphael’s been active in the Northwest as poet, performer, editor and reading host. The Closer You Get to Nowhere, his 20th book, will come out this fall from Last Word Press, which published Everyone in This Movie Gets Paid in June 2016. Current poems appear in Caliban, Otoliths, Courtship of Birds, Blackbox Manifold and In Between Hangovers. He is prose editor of Unlikely Stories, hosts the Fo Po Poetry series, and writes & records a news poem every Wednesday for the KBOO Evening News.