The Switch is very happy to host a reading by Portland's Kaia Sand and Maged Zaher from Seattle on Friday, August 9 at 7 p.m. at the Hazel Room and Mag-Big, 3279 SE Hawthorne Blvd. 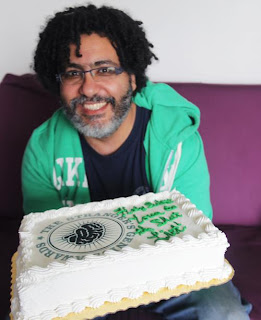 Maged Zaher is the author of THANK YOU FOR THE WINDOW OFFICE (Ugly Duckling Presse, 2012), THE REVOLUTION HAPPENED AND YOU DIDN'T CALL ME (Tinfish Press, 2012), and PORTRAIT OF THE POET AS AN ENGINEER (Pressed Wafer, 2009). His collaborative work with the Australian poet Pam Brown, FAROUT LIBRARY SOFTWARE, was published by Tinfish Press in 2007.

His translations of contemporary Egyptian poetry have appeared in Jacket magazine, Banipal, and Denver Quarterly. He has performed his work at Subtext, Bumbershoot, the Kootenay School of Writing, St. Marks Project, Evergreen State College, and The American University in Cairo. 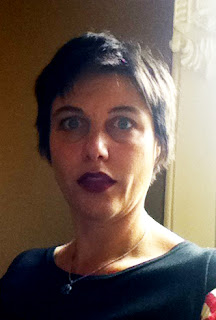 Kaia Sand is currently artist-in-residence with Garrick Imatani at the Portland Archives and Records Center, a City of Portland Percent for Art Project managed by the Regional Arts & Culture Council. They are creating the Watcher Files Project through working with police surveillance files of activist groups in the 1960s, 70s, and early 80s. Over the next year, they will create a participatory cabinet as well as a subscription book called Looseleaf Service. (Visit http://looseleafservices.us for more information.)

Kaia is the author of the poetry collections, interval (Edge Books 2004), a Small Press Traffic book of the year; and Remember to Wave (Tinfish Books 2010), a book that was also a walk Sand led exploring the political history and present goings-on around the Portland Expo Center. With Jules Boykoff, she co-authored Landscapes of Dissent: Guerrilla Poetry and Public Space. With magician and whistler Mitch Hider, she wrote and performed a magic show about the financial collapse, A Tale of Magicians Who Puffed Up Money that Lost its Puff; the text is now a chapbook (Above Ground Press 2013). This spring, her poems were anthologized in Kindergarde (Black Radish 2013) and Alive at the Center (Ooligan Press 2013). She is poet-in-residence at the Portland State University Honors Program.

The Hazel Room offers gourmet sandwiches and salads and specializes in a unique menu of alcoholic tea & coffee cocktails as well as some of the classics. They offer absinthe, wines, beers and cordials. The restaurant is named in honor of the co-owner's great grandmother, who ran a tea house/speakeasy during prohibition. Mag-Big is a retail shop for local artists and designers, a hub for artists of all sorts to bring their work into conversation. The concept of Mag-Big is a singular Portlandian paradigm of supporting local and taking pride in small scale, independent operations.