Switch No. 42 presents Julie Carr from Boulder, Lisa Olstein from Austin, and Portland's own Jake Vermaas
Where: IPRC, 318 SE Main St., Portland, OR

$5 donation at the door; no one turned away 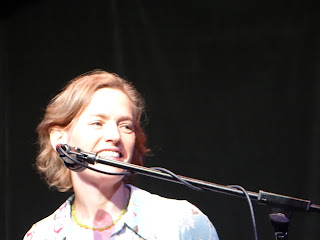 Julie Carr is the author of six books of poetry, including 100 Notes on Violence (Ahsahta, 2010), RAG (Omnidawn, 2014), and Think Tank (Solid Objects, 2015). She is also the author of two prose works: Surface Tension: Ruptural Time and the Poetics of Desire in Late Victorian Poetry (Dalkey Archive, 2013) and Objects from a Borrowed Confession (Ahsahta, 2017). With Jeffrey Robinson she is the co-editor of Active Romanticism (University of Alabama Press, 2015). A chapbook of prose, “The Silence that Fills the Future,” was released as a free pdf from Essay Press: http://www.essaypress.org/ep-19/

Carr’s co-translation of Leslie Kaplan’s Excess-The Factory is due out from Commune Editions in 2018, as is a mixed-genre work, Reallife: An Installation (Omnidawn). Also to be published in 2018 is her book of critical essays, Someone Shot my Book (University of Michigan Press).

Carr was a 2011-12 NEA fellow and is an Associate Professor at the University of Colorado in Boulder in the English department and the Intermedia Arts Writing and Performance Ph.D. She regularly collaborates with dance artist K.J. Holmes and, with Tim Roberts, is the co-founder of Counterpath Press, Counterpath Gallery, and Counterpath Community Garden (www.counterpathpress.org) in Denver. 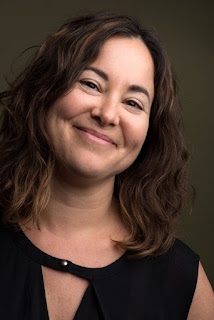 Lisa Olstein is the author of four poetry collections: Radio Crackling, Radio Gone (Copper Canyon Press 2006), winner of the Hayden Carruth Award; Lost Alphabet (Copper Canyon Press 2009), a Library Journal best book of the year; Little Stranger (Copper Canyon Press 2013), a Lannan Literary Selection; and Late Empire, forthcoming from Copper Canyon in fall 2017. Her chapbook, The Resemblance of the Enzymes of Grasses to Those of Whales Is a Family Resemblance, won an Essay Press prize and was released in 2016. Her work has appeared in many journals and anthologies, and her honors include a Pushcart Prize, a Lannan Writing Residency, and fellowships from the Sustainable Arts Foundation, Massachusetts Cultural Council, and Centrum.

A member of the poetry faculty at the University of Texas at Austin, Olstein  teaches in the New Writers Project and Michener Center for Writers MFA programs. She is also the lyricist for the rock band Cold Satellite, fronted by acclaimed songwriter Jeffrey Foucault. Previously, she co-founded and for ten years directed the Juniper Summer Writing Institute at the University of Massachusetts-Amherst, where she also served as associate director of the MFA program. She serves as an associate editor for Tupelo Quarterly, a contributing editor for jubilat, and advisor for Bat City Review.

Olstein earned a BA from Barnard College and an MFA from the University of Massachusetts-Amherst, undertaking additional studies at the Aegean Center for Fine Arts and Harvard Divinity School. 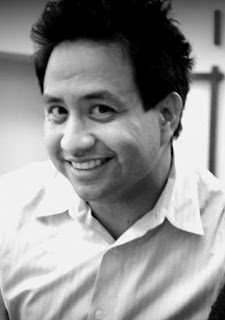 Jake Vermaas is the co-founder of the Whitenoise Project, a reading and discussion series aiming to center writers of color and underrepresented voices. His work has appeared or is forthcoming in Gramma Poetry, Capitalism Nature Socialism, and TAYO. A poet and engineer in Portland, OR, he can science the shit out of things and actually be Asian, unlike Matt Damon.

Posted by Allison Cobb at 9:39 PM No comments: