The Switch is super excited to host three incredible writers: 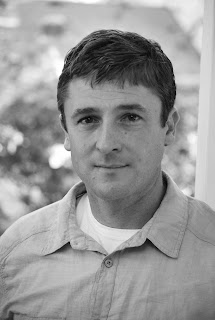 Dan Beachy-Quick is the author of five books of poetry, most recently Circle's Apprentice. He has also written a novel, An Impenetrable Screen of Purest Sky, and a study on Keats, A Brighter Word Than Bright. He teaches in the MFA Program at Colorado State University, where he is currently a Monfort Professor. 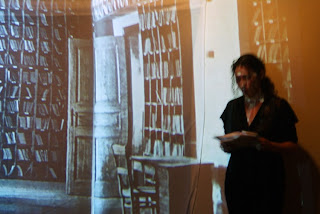 Miranda Mellis is the author of The Quarry (Trafficker Press, 2013); The Spokes (Solid Objects, 2012); None of This Is Real (Sidebrow Press, 2012); Materialisms (Portable Press at Yo-Yo Labs, 2009); and The Revisionist (Calamari Press, 2007). With Tisa Bryant, she is an editor at The Encyclopedia Project, now in production on its final volume. She teaches at The Evergreen State College. 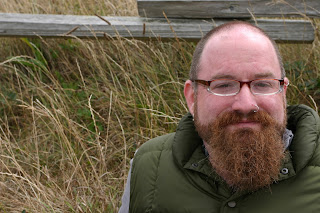 A former NEA Fellow, Brian Teare is the recipient of poetry fellowships from the MacDowell Colony, the Headlands Center for the Arts, and the American Antiquarian Society. He is the author of four books—The Room Where I Was Born, Sight Map, the Lambda Award-winning Pleasure, and Companion Grasses. He’s also published seven chapbooks, most recently Helplessness, [ black sun crown ], and SORE EROS. An Assistant Professor at Temple University, he lives in Philadelphia, where he makes books by hand for his micropress, Albion Books.


sand and what is
sound, the nacre-sound,
this heart’s acre, bound, unbound
o irritant speck
all this dust you call clouds
all this doubt you found
just by thinking I am
not quite complete
ly alone o prism o prison
I thought the whole thought
mind the dirt holy ground

On YouTube there is a video of a three-year-old afraid of her own shadow. She stands with the sun behind her in the glare of a playground. When she moves, her shadow moves, and she weeps with fear. Every time she notices her shadow, she cries. Every time she cries, the audience laughs. Haplessly framed, voided, simulated, and reproduced, she tries to escape. But she can find no refuge from her evil twin or from the unseen audience. Trees’ wayward shadows lace crookedly, weaving disorder through the system of the playground. A nearby building’s shadow makes a large swathe whose edges demarcate a seeming interiority, a provisional indoor quality: It is colder just inside the wall of that shadow than it is just outside. The shadow of a small bird making its way over to a swing set is a film, a moving slant rhyme. A mimic, the shadow moves as the sparrow moves. Though the outline of the shadow, taken by itself, would not necessarily convey that it is cast by a bird (it could be a scrap of paper, or a teacup, or a hand), its movements are birdlike. The shadow is anamorphic, seemingly alive even.

Excerpted from "Misapprehensions: A Mobile in Ten Parts" by Miranda Mellis

Why turn a lover’s discourse into a discourse about debt? The sonnet begins with a complaint: if I’ve already given you all my money, my love, then I’ve given you my all. But sonnets and lovers depend on numbers. We tried to explain this to the credit card companies, but we were charged a late fee plus interest. Both poet and lover enumerate, count with their fingers: syllables, promises, both stressed and unstressed. We tried to explain this to the banks, but we were convicted of defiant trespassing and conspiracy. The success of writing a sonnet or of loving rests on neither being too idle about counting, nor too attached to the act of counting itself. We tried to explain this to the federal government, but our calls couldn’t get through. Such idleness might indicate a lack of ardor or insufficient intellectual engagement; over-investment in the numbers might indicate a lack of trust or insufficient imagination. We tried to explain this to the White House, but the woman on the 27 bus told us: “He thinks dick is stronger than money, but we know money is stronger than dick.” A good writer or lover knows the true value of what they’re counting, but debt begins when the beloved says, “What you have given me is not enough.” A few of us began to protest. “Poverty is something money can’t buy,” Joanne says. The sonnet’s complaint continues: I’ve given you all I had, and now you want more. What am I supposed to do? Some of us kept working three jobs and making payments on time. This is an example of what the literary critic calls “the masochism of the abjectness of love.” Some of us who later joined the occupation were taking out student loans or were still unemployed or had lost homes to foreclosure. Such theft can only be forgiven when debt is a lover’s playful fiction, an accounting that amounts to nothing spent but wit. Some of us were vets unable to get proper psychiatric care; some of us had lost access to medical treatments our health depended on. When poverty is literal and persistent, it’s an injury we learn to live with without forgiveness. The sonnet goes on to argue something like: the problem with numbers is that when we have plentitude, we tend to forget the experience of lack or find it threatening. National networks send us images of violent confrontations; from Oakland Miranda and Eirik send us images of peaceful actions; Brenda reminds us “we are agents for something greater than ourselves.” The problem with the ones obsessed with numbers above all else is that counting offers endless labor that replaces all other activities. Counting confers an illusion of value when in reality it is by itself all but worthless. On the train beneath Wall Street, a sleek pinstriped financier falls asleep with his youthful cheek pressed against my shoulder. It confers an illusion of total order when in reality the one who counts has had to forget their knowledge of everything between us that can’t be converted to currency. Under rush hour fluorescence I see beneath his jaw a patch of stubble his morning razor missed; I see his grip on his leather briefcase slowly slacken. The concluding couplet makes a concessionary gesture: because of the contradiction alive in everything, I see it will be necessary to love the ones who don’t yet know how gravely they have wounded us, if only because soon their dream will stop, the doors will open and they will wake up in our arms. 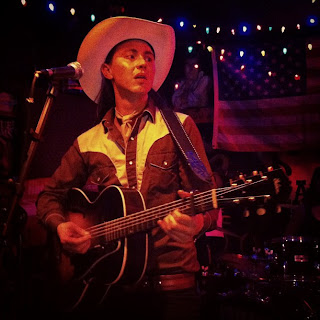 Julian Talamantez Brolaski is the author of Advice for Lovers (City Lights 2012), gowanus atropolis (Ugly Duckling Presse 2011) and co-editor of NO GENDER: Reflections on the Life & Work of kari edwards (Litmus Press / Belladonna Books 2009).  Julian lives in Brooklyn where xe is an editor at Litmus Press and plays country music with Juan & the Pines. New work is on the blog hermofwarsaw. 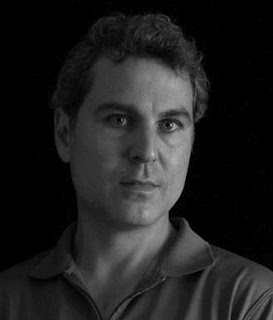 Rodney Koeneke is author of the poetry collections Etruria (forthcoming from Wave Books April 2014), Musee Mechanique (BlazeVOX, 2006), and Rouge State (Pavement Saw, 2003), winner of the Transcontinental Poetry Award, along with several chapbooks. An early member of the Flarf Collective, he was involved with Poets Theater and Neo-Benshi events in the San Francisco Bay Area until 2006, when he moved to Portland, Oregon where he currently lives, writes, and teaches British and World History at Portland State University. 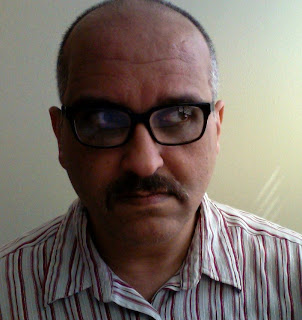 K. Silem Mohammad is the author of several books of poetry, including Deer Head Nation (Tougher Disguises Press, 2003), Breathalyzer (Edge Books, 2008), and The Front (Roof Books, 2009). He is a professor of English and Writing at Southern Oregon University.

clock reads 7 at all hours
juncos make selves known in the snow
this time dawdling
I write in horse, but I see in athabaskan
when it’s time for elevensies, the clock reads 7
what telling fortune therewith
time is a thing that gets spent, like youth, $ and desire
n/t so lovely as a cardinal against the snow
or a tree w/ fruit on it
by the time I have ceased to write this
it will already be 7
adjourned to the park
n/thing will come of n/t
starfish creak inna wood
lurid amulet    w/ a fish onnit
sign reads SEVEN all day & at all hours
the dogs curse each other from afar
in dog language
when did the word corrupt begin to take on a moral cast?
horses see in wide angle, and have a much wider periphery than humans,
but with a blind spot in the very center
so if you want to be sympathtic to a horse say sucks
about those blinders
or if you want to make fun of a horse, tell them
they can’t even see whats in front of their face

It’s why we have opium—to blaze

and nod on a scale whose pain

is my thesis forgot in a mesh

until they are enclosed by fellahin,

agree to record them, dye them cerulean

while rewriting their papers

for those papers, paper cites directly

a chant one once directed at the Sun.

Analysis is solid, and done

in a historical way, but free

from all history, balloons

on a tether with girl in a picture,

my friend the tax lawyer is licking his lips
his comment is one of the many, of the crowd
—Jesus, I deserve to be free!

for all the objects
here in the darkness surrounded by filth

the shadowy giants finally catch up