The Switch presents Corina Copp from Brooklyn and Mazarine Treyz from Portland. 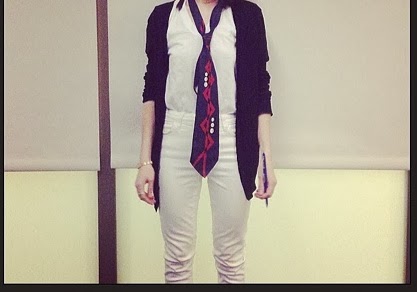 Writing can be found in Triple Canopy's Corrected Slogans: Reading and Writing Conceptualism, The Claudius App, Boston Review, and elsewhere. She is currently working on a three-part play, The Whole Tragedy of the Inability to Love, based on the works of Marguerite Duras. She is a curator at The Segue Foundation, and lives in Brooklyn. 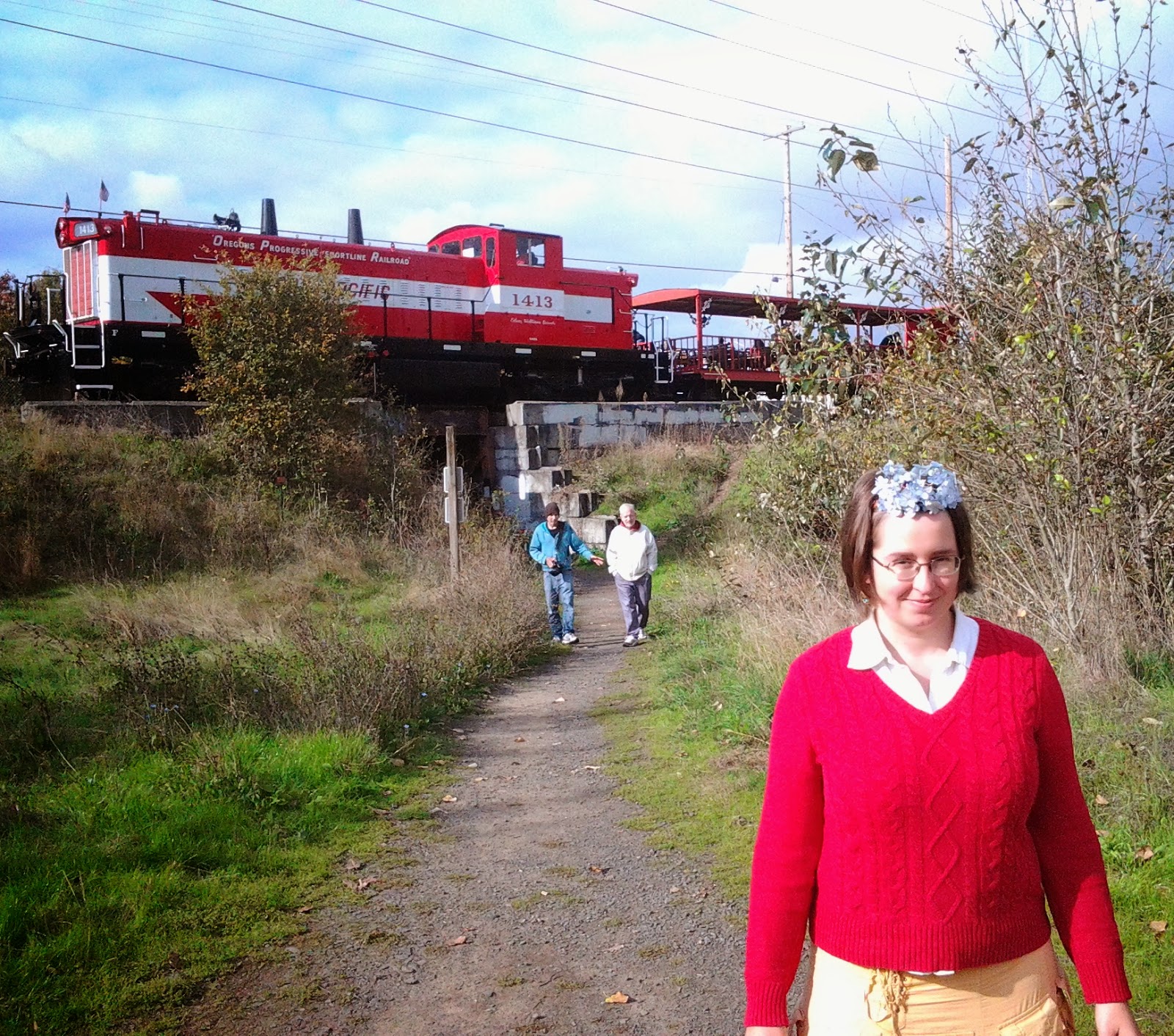 Mazarine Treyz graduated Bard College with a degree in Gender Studies and Poetry. She later learned that in Saudi Arabia, poets lead revolutions and become kings. This is all in the tradition of Parmenides, but of course you already knew that.

After college, Treyz studied with Larry Fagin at The Poetry Project in NYC and published two poetry chapbooks: OK TO GO (2001) and The Faberge Wrecking Ball (2010).

excerpt from "The Flatbed":


I’ll guess at your resolve, it is about

day No matter to machinic

Speak, but hell, no matter the non-

Knowledge I live in baked Hyperion

Fear of. That hairdryer organized

Nothing toward my drinking per-

fume in telling it was your deus ex

careful watch. We police ourselves,

Frying on this rock

gourds hanging out to dry

in the backseat again


Posted by Allison Cobb at 9:08 PM No comments:

The Switch will host two poets from San Francisco: Lindsey Boldt, author of Overboard, from Publication Studio of Portland, and Alli Warren, author of Warm Jets from City Lights Books. 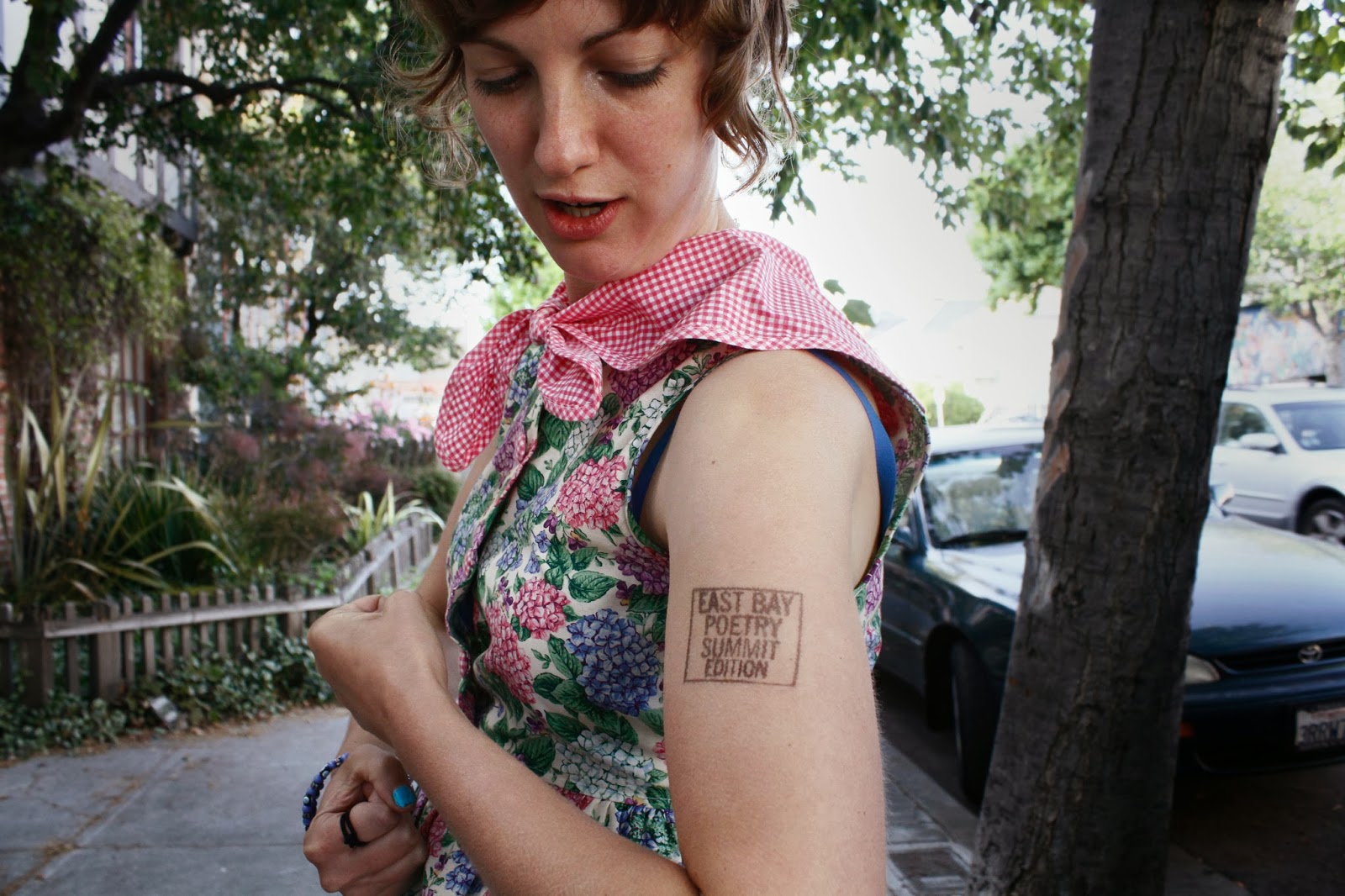 Lindsey Boldt is the author of Overboard (Publication Studio Portland) and the chapbooks, "Titties for Lindsey" and "Oh My, Hell Yes." She also writes and performs plays in the style of "Oakland Poetic Realism" with Steve Orth, with whom she also co-edits Summer BF Press. Lindsey works as a teaching artist in Bay Area public schools and is an editor with The Post-Apollo Press. She lives in Oakland, California. 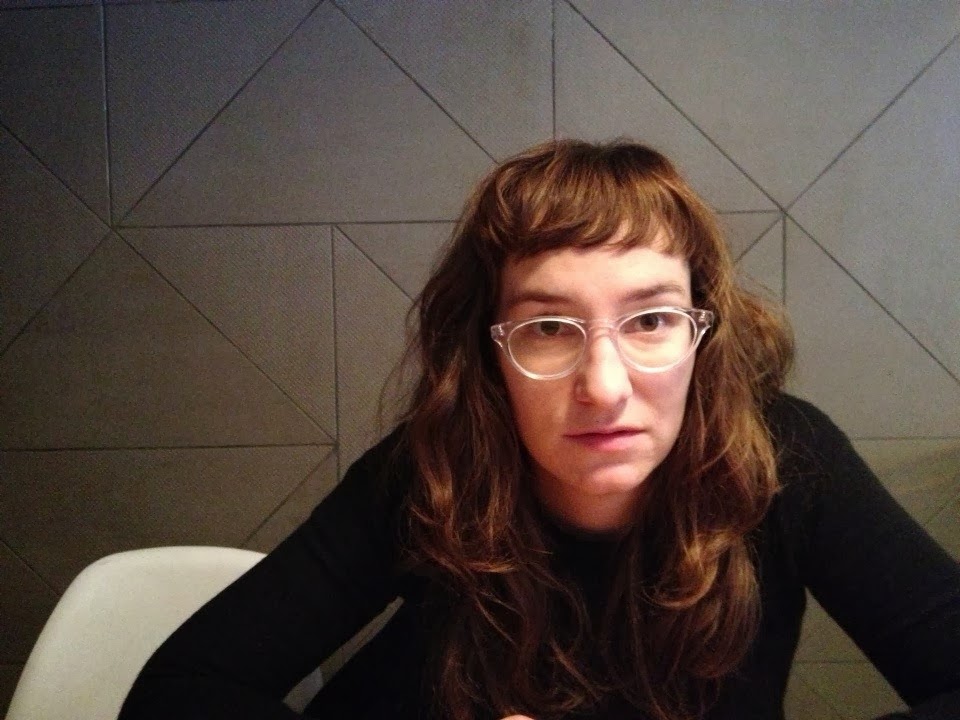 Alli Warren is the author of Here Come the Warm Jets (City Lights Books) as well as numerous other chapbooks including Grindin (Lew Gallery), Acting Out (Editions Louis Wain), and Well-Meaning White Girl (Mitzvah Chaps). She edits the magazine Dreamboat and co-edits the Poetic Labor Project. Alli lives in Oakland.

But did you really never eff up?
or did you remain ineffable?

Great job, thank God
Someone managed to evade it
I, unfortunately, effed up in my efforts
it seemed inescapable and almost effortless
like I and my friends would always
inevitably drop the F-bomb
everyone of us dropping these effing bombs
all day long

We were intelligent, aware, effete and effective
wearing good garments
listening to the other on KPFA
confronting our fears w/ culture
Fa-fa-fa-fa-fa far better
than most fair folks
XXL-ent readers
but kind of always effing up somehow
trying too hard to be just ok.


walking slowly across the colony
cups on the lawn & a champagne cork
my favorite water storage district
the watery milk of established fact
who here thinks a woman is soft
who persists in entering
a mismanaged idea of linkage
the star system and hit parade
giving rhythm to the round dance
operational beyond its own syntax
dread-drenched in the backseat
meteorites strike the sky & the abyss
opening in four directions
the morning light never looked so
fourteen kinds of melancholy
& you think the ocean is a drift
they come in such numbers
open your eyes, blue

Posted by Allison Cobb at 8:34 PM No comments: