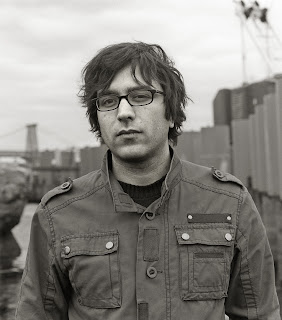 Aaron Simon is the author of Carrier (Insurance Editions, 2006), Periodical Days (Green Zone Editions, 2007), Senses Himself (Green Zone Editions, 2014), and Rain Check Poems (BlazeVOX [books], 2015). His poems have appeared in several publications, including Like Musical Instruments: 83 Contemporary American Poets (Broadstone Books, 2014), Shiny, Exquisite Corpse, Sal Mimeo, Across the Margin, Nowhere, and Harriet the Blog. He studied poetry and philosophy at The New School in NYC, and has lived between San Francisco and Brooklyn since 1999. 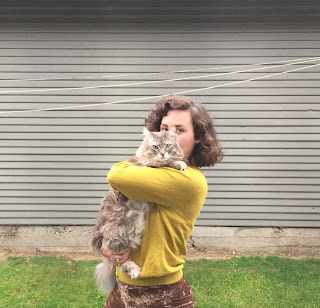 Lindsay Allison Ruoff lives in Portland, OR where she works at an elementary school. She is the author and creator of the ebook MOOD RING and the very small chapbook MIRACLE ROMANCE. You can see more of what she's made at: laruoff.tumblr.com. 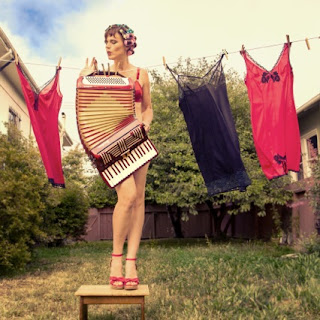 Jet Black Pearl - This world wild accordion diva from the port of Amsterdam started as a graphic designer and street musician in New York before she moved to France, from where she performed on more than a thousand stages all over Europe. She recently moved to Portland, ready to experience new adventures with (or without) her accordion. http://jetblackpearl.com

"The most eccentric and equally the most talented woman you will see in Edinburgh this month."
- Broadway Baby, Edinburgh Fringe Festival